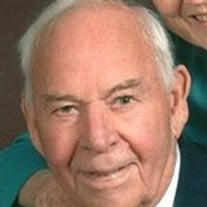 William Beverly Parker Born April 5, 1921 and passed away on December 12, 2010 at his home in Keizer, OR. Bill was born in Index, WA before the family moved to Boring, OR for farming. He worked summers at the Columbia River Log Scaling & Grading Bureau, received Civilian Pilots Training in Albany, OR while attending Oregon State College, and completed his third year at Oregon State College before entering the Army Air Corps in September 1942. After graduating from flight school, he married his sweetheart, Dorothy Bethge on June 22, 1943. They were married 66 years before Dorothy's death in August 2009. Bill went on to earn his "Wings" and completed 50 missions with the 12th Air Force flying the A-20 and B-25 aircraft. During World War II, he served primarily in Italy and Western Europe. In 1944, he survived heavy flack over Anzio in the European Theater. On his 8th mission he lost power to both engines at take-off and received the Purple Heart for injuries sustained during the crash. His group helped stop Rommel, "The Desert Fox" as Rommel advanced west towards the Casaren Pass. Bill served as a flight instructor after the War and retired from the Air Force with the rank of Major in 1982. Upon his return from World War II, Bill graduated from Oregon State College with a BS degree in Crop and Soils Management. He worked for the State of Oregon as a County Agricultural Agent for 20 years while hosting radio and TV shows for many years. Bill ended his career with US Bank as their Agriculture Field Loan Officer. Bill was a member of numerous service organizations during his life including Lions Club, Elks Lodge, The Masonic Lodge, Future Farmers of America, and Oregon Farm Bureau. Bill was active with the Boy Scouts of America and worked with all three of his sons as they achieved their Rank of Eagle Scout. He also assisted in staging his daughter's dance performances. Survivors include his children: son, Thomas (Linda) Parker of Peoria, AZ; son, Craig (Terri) Parker of Scottsdale, AZ and grandson, Kevin (Amy) of Chicago, IL; daughter, Susan (Steve) Marietta of Scappoose, OR; son, Timothy (Kelley) of Salem, OR and granddaughter, Rachel and his sister, Shirley Randles of Portland, OR. The Military Service and inurnment will be held at 1:30 p.m. on Friday, December 17, 2010 at Willamette National Cemetery in Portland, Oregon. In lieu of flowers, the family is asking donations be made to the First United Methodist Church of Salem, OR and Wounded Warrior Project (WoundedWarriorProject.org/) P.O. Box 758516, Topeka, KS 66675.

William Beverly Parker Born April 5, 1921 and passed away on December 12, 2010 at his home in Keizer, OR. Bill was born in Index, WA before the family moved to Boring, OR for farming. He worked summers at the Columbia River Log Scaling & Grading... View Obituary & Service Information

The family of William Beverly Parker created this Life Tributes page to make it easy to share your memories.

Send flowers to the Parker family.