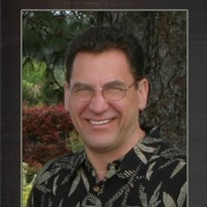 Stephen was born in Salem to James and Anita (Bear) Manning. He went peacefully to be with our Lord and Savior Jesus Christ on Wednesday with his loving family by his side. He attended Parkersville Grade School and graduated from Gervais High School in 1966. He served in the US Army from 1967 - 1970 in Wurzurg, Germany as a Military Policeman. Stephen had a rewarding career with the State of Oregon. He worked for the Oregon Liquor Control Commission from 1971 until his retirement in 1999 and was a Marion County Deputy Reservist from 1975 until 2002. He received many awards for his work, including a medal of valor in 1991 for disarming a suspect who was threatening his partner's life. Stephen loved golf, exercising, and serving the Lord through volunteering for numerous organizations, churches and boards - most notably the Transportation Safety Board. Upon retirement, his highest priority was spending time with family and friends. Steve had a contagious zest for life. He would go out of his way to help anyone in need. Even after surviving cancer 11 years ago he remained upbeat and positive. Unfortunately, his second bout of cancer took his life. Surviving Stephen is his Mother Anita, four sisters; Kathleen (Clem) Fleck of Woodburn, Joan (Fletcher) Lee of Keizer, Joyce (Roger) Bowman of Richland, WA, and Dana Pennell of Alexandria, VA, three brothers; Timothy of Richland, WA, Keith (Jackie) of Mt. Angel, and Terry of Silverton, his 24 nieces and nephews and 30 great-nieces and nephews, with more blessings to arrive in 2013. He was preceded in death by his father. Steve's family would like to thank the friends who took Steve to his appointments and to the many doctors and nurses who lovingly cared for him. We will always remember Stephen as a gentle and loving son, brother, uncle, nephew, cousin, and friend. Your memory and spirit will live on in all whom you have touched. We will miss you and your guidance, counseling, mentoring, prayer, and unconditional love. We know you are walking with our Dad in Heaven. A Celebration of Life will be held on Saturday, January 5, 2013 at 11:00am at Day Spring Fellowship Church in Keizer. Private inurnment will be at Willamette National Cemetery. In lieu of flowers, contributions may be made in Stephen's name to Willamette Valley Hospice, or MAP food bank. Arrangements entrusted to Keizer Funeral Chapel.

Stephen was born in Salem to James and Anita (Bear) Manning. He went peacefully to be with our Lord and Savior Jesus Christ on Wednesday with his loving family by his side. He attended Parkersville Grade School and graduated from Gervais High... View Obituary & Service Information

The family of Stephen James Manning created this Life Tributes page to make it easy to share your memories.

Stephen was born in Salem to James and Anita (Bear) Manning....

Send flowers to the Manning family.