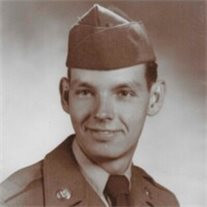 Robert Alvin Hawkins, affectionately known as Rob, passed away on February 14th, 2021. Rob was a loving father, grandfather, and great-grandfather who loved spending time with his family. Originally born on April 18th, 1930 in Council Bluff, Iowa, Pottawattamie County, he moved to Independence, Oregon during his childhood to live with his sister Virginia Holbrook and her husband Ed Holbrook. He served two years in the Army during the Korean War in which he was discharged honorably.  In his younger years, he was a member of a local car club in Salem, Oregon. Dressed up in 1920’s attire, he and his family enjoyed participating in parades driving his fully restored Model T Touring. Rob loved to help his family and friends, and he had a great sense of humor, you could call him anytime and he would provide you with just about anything you could think of from a toaster to a woopie cushion.  After his position at the mill was eliminated due to the business closing, Rob capitalized on his passion of turning antiques, collectibles and electronics into a business that ended up supporting him financially and enabling him to pay off his house before his retirement.  Rob is survived by his three children: Linda Lee Hartman, Richard Allen Hawkins, Kimberlee Ann Voeller; his daughter in law Leah Hawkins, his sons in law Christian Voeller and Bobby Hartman; his grandchildren Sean Voeller, Samantha Voeller, Laura Long-Woerner, James Woerner, Robert Long-Hawkins, Maggie Long, Elizabeth Long, Jae Lea Brossard, Rachel Nash, Eric Nash, Kelseyy Ramon, Jeremy Ramon; and his great-grandchildren: Anthony Woerner, Scott Woerner, John Woerner, Karsyn Wall, Kyndal Wall, Raelynn Nash, Jude Nash, and Rachel Nash.  The family wishes to extend sincere thanks to hospice and their wonderful staff. To send a flower arrangement or to plant trees in memory of Robert Hawkins, please click here to visit our Sympathy Store.

The family of Robert Hawkins created this Life Tributes page to make it easy to share your memories.

Send flowers to the Hawkins family.