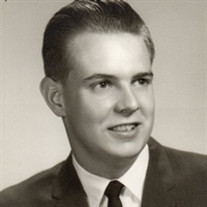 Keizer resident Richard Fuher, 68, died June 13, 2013, in Salem after a gallant struggle with cancer. Richard was born in Spokane, WA, on May 17, 1945, to David and Lucille Fuher. He grew up in Spokane where, in 1968, he met and married the love of his life, Janet Albright. Married for 45 years, they raised four children and a granddaughter. In 1985, he moved his family to Salem/Keizer, where he remained. His good humor, storytelling and kindness will be missed. Richard worked for the Air National Guard in Spokane for 18 years. He and his wife started an insurance agency in Salem, which they ran until retirement. He liked to keep busy, and loved using his handyman skills. Richard was very gregarious and generous with both his time and money. He devoted his time and energy spoiling his family. He loved to travel and meet new people, and was thrilled to be on the go, whether to his favorite Disney park or to Europe. He was an avid fisherman and loved to cook. A big kid himself, he loved children. Over the years, he played Santa Claus for the Guard and led his family as a Clowns of America gospel clown. For years, he was the only ice cream man in Salem/Keizer area. Richard is survived by his wife Janet Fuher of Keizer; four children: Lisa (Bruce) Inman of Hemet, Ron Fuher of Spokane, Cathy (Justin) Carson of Keizer, and Suzanne (Thomas) Fuher of Florida, 7 grandchildren; and three great-grandchildren. He was preceded in death by his parents and brother David. Richard is interred at Peone Cemetery in Mead, WA. In lieu of flowers, the family requests donations for a memorial bench at http://gfwd.at/19Dmihm.

Keizer resident Richard Fuher, 68, died June 13, 2013, in Salem after a gallant struggle with cancer. Richard was born in Spokane, WA, on May 17, 1945, to David and Lucille Fuher. He grew up in Spokane where, in 1968, he met and married the... View Obituary & Service Information

The family of Richard Dwight Fuher created this Life Tributes page to make it easy to share your memories.

Send flowers to the Fuher family.