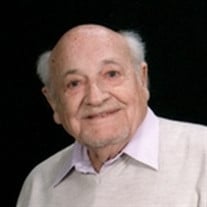 Kenneth Clarence Bortles 1921-2010 Kenneth Clarence Bortles, of Salem, Oregon, went to be with the Lord on October 26, 2010. Born the second of six children to Blanche and Alvin Bortles on November 2,1921 in Atkinson, Nebraska. Ken grew up with many relatives who were great story tellers. He learned this craft and passed along stories of his boyhood to his children and grandchildren. He also had a wonderful sense of humor and he appreciated humor shared with him. His early years were spent in Nebraska, Colorado and Idaho. He graduated from high school in Sandpoint, Idaho in 1940. He served in the United States Navy during World War II, as a qualified technician for the Norden Bombsight. After the war, he worked on road construction with his dad in Idaho and later went to school on the GI Bill. He graduated cum laude from Northwest Nazarene College in Nampa, Idaho. He then earned his Master's from University of Oregon and post graduate work at Stanford University. He started his career in education at Camas Valley, Oregon then as a teacher, guidance counselor and administrator at Hoopa, California; Areata, California and Redding, California. Many of his former students were continually thanking him for his guidance and encouragement. After retirement from the schools in California, he moved to Oregon with his second wife, Betty Kirchner where he worked as Juvenile Director of Harney County and in Yamhill County worked as a community and school liaison under Sheriff Lee Vasquez. In church he served as a Sunday school teacher, choir member, moderator and other positions as needed. In his community he served as Explorer Scout leader, president and other positions with Lions Club of Carlton-Yamhill. He was elected to the Yamhill County ESD Board and worked as a substitute teacher and student mentor in many schools in Oregon. He and his wife Betty were awarded the "Others" award from the Salvation Army in Salem for his work with the family homeless shelter. He is survived by his wife, Betty; his four children, Ronald Bortles, Pamela Macklin, Elaine Bortles, Mark Bortles and his wife, Debi; two step-children, Elizabeth Kirchner and Ernest Kirchner and his wife, Liane; two grandchildren, Chelsea and Max; six step-grandchildren, Daniel, Christian, Crystal, Angela, Cassidy and Quinn; one great-grandchild, Catrina; ten step-great-grandchildren; and two sisters, Aimee Pratt and Jo Steele of ID. His children thought he was the best Dad in the entire world. He was well loved and he will be missed.

The family of Kenneth Clarence Bortles created this Life Tributes page to make it easy to share your memories.

Send flowers to the Bortles family.