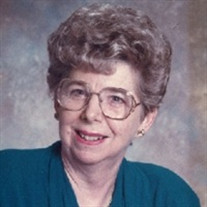 Dorene A. Petty died of natural causes at home in Keizer, Oregon on Jan. 26, 2021.  Her faithful and loving husband of 74 years, Harold was at her side.  Born on February 14, 1928 in Los Angeles, CA to Sidney Hatton and Ida Marsh Hatton, immigrants from Sheffield, England, she grew up in Carson California at a time when there were more orange groves than freeways in the area. She graduated from Torrance High School in the morning of June 21, 1946; later that afternoon she and Harold were married in Redondo Beach. In February of 1948, Dorene and Harold moved to Anchorage on the strength of a cable from Harold’s brother, Dean who reported there was work available in Anchorage and they should come up.  Within 48 hours, they sold their car, packed their few belongings, quit their jobs and headed for Seattle by bus where they caught a plane to Anchorage.   Agreeing to try Alaska for a year, they prospered and raised a family in Anchorage. In Anchorage during the late 1940’s, housing was in short supply, so they felt fortunate to purchase a Quonset hut on Government Hill within walking distances of their work as their first home. After the birth of their first child, they built their home on a small dirt road on the outskirts of town called Fireweed Lane. They finally built two more homes in the Muldoon and Tudor Road area. Forty-two years later, in 1990 they left their snow shovels behind and returned to Banning, California where Harold learned to golf and Dorene learned to tap dance. In 2007 they relocated again, this time to Oregon to be closer to their children.   Dorene’s work history started during World War II when she worked part time as a riveter for an aircraft manufacturer for the war effort. After moving to Anchorage, her career in title insurance began in 1958. She continued until her 1986 retirement as plant manager at Alaska Title Guarantee. Dorene was active in the Anchorage Community Chorus and performed with the chorus in Kansas City at the American Society of Choral Directors’ Convention and New York City’s Carnegie Hall. She brought Harold along on the choir’s tour to England and Scotland.  She enjoyed swimming, tap dancing, painting and sketching, flower arranging, knitting and crochet. Above everything, she took the greatest pride in her children, grandchildren and great-grandchildren showing them love and support in all they did. She is survived by husband Harold; children Dugan Petty (Chris), Cindy Bledsoe (Mark); grandchildren Alison Petty Wallenborg (Christian), Grant Bledsoe (Megan), Aaron Petty (Mari Kononen), Megan Bledsoe Ward (Allan) and five great grandchildren, Audrey, Ben, Adam, Zoe and Madelyn.  We consider ourselves fortunate to have had her in our lives and will miss her laughter, easy friendship and loving spirit. A celebration of life will be held in the future when friends and family can safely gather to remember and honor Dorene.

Dorene A. Petty died of natural causes at home in Keizer, Oregon on Jan. 26, 2021.  Her faithful and loving husband of 74 years, Harold was at her side.  Born on February 14, 1928 in Los Angeles, CA to Sidney Hatton and Ida Marsh Hatton, immigrants... View Obituary & Service Information

The family of Dorreen Annie Petty created this Life Tributes page to make it easy to share your memories.

Dorene A. Petty died of natural causes at home in Keizer, Oregon...

Send flowers to the Petty family.