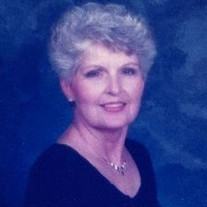 Donna R. O’Neill was born on March 20, 1938 in Sioux City, Iowa, to LeRoy and Merle Gifford, the second of four children, having lost one brother at birth. She breathed her last breath on this earth on September 22, 2021 - her first breath of eternity with Christ. When she was young her family moved to the Portland area. She went to Oregon City High School, and was a Rose Festival Princess. She met a handsome 21 year old sailor, William (Bill) E. O’Neill while he was home on leave, through a mutual friend. They married soon after, on December 7, 1956, and moved to Oahu, Hawaii, where Bill was stationed and they lived for three years until Bill’s discharge. Before moving back to Oregon they welcomed their first son, Mark in 1959. They finally located in Salem, Oregon, where Bill began work for the Oregon State Police. In 1962 they had Mike, and moved to Keizer. Besides being a full time mom, Donna began working in administrative roles until landing in the Salem-Keizer School District. After retiring from there, she went back to school to become a travel agent, eventually having her own travel business until her cancer diagnosis in 2018. Donna and Bill travelled around the globe, covering the Caribbean, Canada, the islands of the Pacific, New Zealand, Australia, China, almost every country in Europe and some Eastern European countries. While in town she enjoyed spending time with her kids and grandkids, friends, shopping, attending MOAA meetings and events, Bill’s Lodge functions, and studying the family genealogy. Donna is survived by her husband, Bill, her sons Mark, Mike (Shelly), five grandchildren and two great-grandchildren, her sister and brother. A Celebration of Life service will be held on October 23, 10am at Salem First Church of the Nazarene, 1550 Market St.

Donna R. O&#8217;Neill was born on March 20, 1938 in Sioux City, Iowa, to LeRoy and Merle Gifford, the second of four children, having lost one brother at birth. She breathed her last breath on this earth on September 22, 2021 - her first breath... View Obituary & Service Information

The family of Donna Rae O'Neill created this Life Tributes page to make it easy to share your memories.

Send flowers to the O'Neill family.