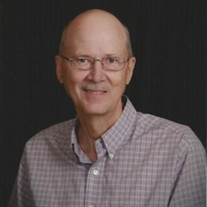 Daniel Andrew Adelman November 22, 1946 - April 1, 2014 SALEM - Dan Adelman, 67, devoted husband, loving and caring father and grandfather. Beloved by all family and friends alike passed away on April 1, 2014 in Salem Oregon. Dan was the second of six boys born to Anton "Tony" and Dorothy Adelman on November 22, 1946. He grew up on a farm in Gervais, Oregon where he developed a strong work ethic. He helped on the family farm and with the neighbors by picking berries, beans, cherries, walnuts, filberts, and prunes; hauling hay; moving irrigation pipe; and raising cattle. He graduated from Sacred Heart Grade School and Gervais High School where he achieved honors in sports and academics. He was a member of the National Honor Society, class president, student council, state champion dairy judging team, FFA State Farmer, all-conference basketball player, and class co-valedictorian. Dan graduated from Oregon State University in 1969 with honors. He was drafted into the U.S. Army; served 14 months in Vietnam; and was honorably discharged in 1971. After returning from active duty, Dan spent one year at OSU working on a Masters in Business Administration. In September 1972, Dan married the love of his life, Laurelle Wilson, and started his career with state government. As a state manager, he promoted information and information technology as a cost-saving measure to improve customer service. His team won numerous awards for excellence. He retired in 2007 after over 34 years of dedicated service. Dan and Laurelle spent forty-one years happily married. He is survived by their 3 children: Lisa (Jody) Story, Jeff (Lea) Adelman, and Scott (Juli) Adelman; grandsons - Dakota, Hunter, and Ryder Story, and Orion and Mason Adelman; and brothers - Jim (Carol), Ed, Pat (Janice), Carl (Donna), and Joe (Julie). Dan lived an active life and loved sports, especially basketball, football, and softball. He liked to garden, landscape, travel, and read. He was an avid OSU football fan. Dan coached youth sports, served on a school board, and contributed to his church. He loved being with his family and friends, and really enjoyed his grandsons. He always had a smile to share and a helpful hand to offer those who needed it. Recitation of Rosary will be held at 10:30 a.m., Wednesday, April 9, 2014 at Sacred Heart Catholic Church in Gervais. A funeral Mass will follow at 11 a.m. Donations can be made to Father Taaffe Homes in Salem, Oregon or Sacred Heart Catholic Parish in Gervais.

The family of Daniel Andrew "Dan" Adelman created this Life Tributes page to make it easy to share your memories.