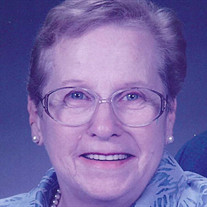 Barbara Edith (Scholtz) Neal, 82 February 23, 1939 – October 10, 2021 Born in Portland, Oregon, the second child of Thomas and Shirley Scholtz on February 23, 1939. The family later moved to the Salem and then settled in Keizer, Oregon. Barbara attended school at Keizer and Parrish Schools, graduating from North Salem High School. She met Kenneth Neal and the two were later married on June 22, 1957, celebrating over 61 years of marriage at Kenneth’s passing. Together they raised 5 children and have had the joy of having 15 grandchildren and 19 great-grandchildren. Barbara worked various part-time jobs to help the family financially, but her proudest work was that of a wonderful and loving wife, mother, and grandmother. Barbara enjoyed family visits and gatherings, especially around the holidays. She was a faithful member of Bethel Baptist Church. In the early morning of October 10, 2021, Barbara peacefully passed away at the Cedar Village Memory Care Facility in Salem, Oregon, where she had been residing since January 2021. The family wishes to take this time to give thanks to the staff and facility of Cedar Village Memory Care Facility for the excellent and loving care they provided to Barbara. Barbara was proceeded in death by her husband of 61 years, Kenneth, her parents, Thomas and Shirley Scholtz, sister Shirley Biggs and her husband Clarence Biggs, and brother Gerald (Jerry) Scholtz, all of Keizer, Oregon. Barbara is survived by her son and his wife, Thomas and Deanna Neal of Dale City, Virginia, son and his wife, Edward and Sherry Neal of Richland Center, Wisconsin, son and his wife, David and Karen Neal of Aumsville, Oregon, daughter and her husband, Patricia and Will Mattox of Dallas, Oregon, and son and his wife, James and Twylla Neal of Salem, Oregon, and 15 grandchildren and 19 great-grandchildren. Arrangements are being handled by Keizer Chapel, 4365 River Rd. N., Keizer, Oregon 97303. Viewing will be at the Keizer Funeral Chapel, October 25, 2021, 2 pm to 6 pm. A private family graveside service will be held at Willamette National Cemetery in Portland, Oregon. A memorial service will be held at Bethel Baptist Church, 5220 Center St NE, Salem, OR 97317, On Saturday, October 30, 2021 with services will beginning at 10:30 am.

The family of Barbara Edith Neal created this Life Tributes page to make it easy to share your memories.

Send flowers to the Neal family.