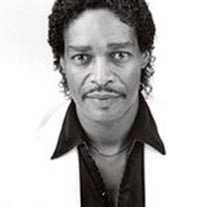 Array Lee Robinson lived 59 years Salem, Or (Date of death) Life: Day of Birth: January 18th, 1951 - January 12th, 2011 Place of birth: Detroit, Mi Parents: Array Robinson, Florine Robinson Family (Survived by) WIFE: Helen Robinson CHILDREN: Array Robinson, Jhelon Dotson, Kareese Robinson, ReyMona Bell, Raylen Robinson, Desiray Robinson GRANDCHILDREN: Nyres McClaine, Adrianna Bell, Tahlia Bell, Ryan Bell, Jermaine Harris, Jasmine Harris, Jhelon Robinson, Domonique Robinson, Tajahn Dotson, Kya Dotson, Walter Dotson, Rayquan, Kyree Robinson, SIBLINGS: Larry Adams, Jessie Robinson, Mary Barnes, Tamekia Robinson, Wayne Robinson, Kathleen Robinson, Jeffery Robinson Predeceased by: Father: Array Robinson Brother: Jessie Robinson Sister: Mary Barnes After deciding to make a better life for himself, Array L. Robinson moved from Detroit, Michigan to Tacoma, Washinton to be reunited with his father. Once able to live on his own, he made another move going to Oregon. He proved himself as a talented musician, preforming for many audiences with his smooth voice and strong stage presence. In Oregon it would be where he met his wife Helen Robinson, who felt his intelligence was high and his skill with technology came naturally. She believed in him and motivated him to start his own business. Together, with love and support they would start a business which was started as a simple telephone repair store known Telephone Clinic. Throughout the years with passion and determination it grew to a more complex technological business known across the state as Spy Shop, llc Array Robinson was a faithful husband, loving father, loyal friend, and someone who many just wanted to know and be in the presence of. He was a strong willed and confidant man who would never give up on something that he wanted to do. He left a strong impression on everyone who knew him. There was also a softer side that only his wife and children would ever see. With five of his children being named after him, it was obvious that he was proud to be a father. It was the love of his children and his wife, that drove him to never give up. Array Robinson was suffering more than any person knew. He was privately going through pain, and he was constantly receiving bad news from his doctors. Array chose not to speak of his suffering because he knew the pain it would cause to the people who truly loved him unconditionally, his wife and his children. But no man can keep a secret from The Almighty God. God knows what is in the soul and the heart. God witnessed one of His most loyal people suffering in the worst way, in silence. Array L. Robinson was not taken from us, he was chosen by Jehovah. Arrangments entrusted to Keizer Funeral Chapel

The family of Array Lee Robinson created this Life Tributes page to make it easy to share your memories.

Send flowers to the Robinson family.