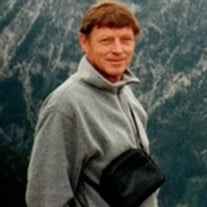 Arnold Andrew Johnson was born to Carl and Anna Johnson on October 14, 1930. He and his younger sister Marillyn were raised on three acres in Multnomah, Oregon when it was still a small rural town outside Portland. His love of horses came when he was hired by the Oregonian to deliver newspapers by horse as a young boy. A graduate of Tigard High School, Arnold attended Portland State for one year before moving to Southern California where he got started in the auto repair business with his uncle Don. He married Peggy Jean Bartley in 1950, and they had 5 children. The family returned to Oregon after the birth of their youngest child, settling in Keizer where he remained until his death. In Oregon he continued his work as an automobile mechanic, starting his own River Road Auto Body. He then went on to manage the auto body shop at Roberson Motors in downtown Salem, and ended his career as a vocational instructor in auto body repair at the Oregon State Correctional Institution. Arnold was an avid outdoorsman his entire life. Even into his seventies he rode his horse Cal regularly. He loved to hunt, fish, downhill ski, and later cross country ski. He was an accomplished climber, having reached the summit of Mt. Hood, Mt. Jefferson, Mt. Washington, and Three Fingered Jack. On several occasions he volunteered with the Search and Rescue team. He taught his family an appreciation for the outdoors. When his children were young the family spent many weekends outside hiking, fishing, camping and he taught his sons to hunt. Once his children were grown he enjoyed travelling and went to Scotland, Alaska, Mexico, and drove across Canada. He was a voracious reader and collected a lot of books with a special interest in Native American culture, Blacksmithing, Lewis and Clark history, and horses. His love for his family was limitless. Arnold was always attending athletic events of his children and grandchildren, as well as playing tennis with family and friends. He and his sister purchased several adjacent lots on the Santiam River, where he developed the land and oversaw the construction of a house. Countless hours of family time have been spent there and this special place will continue to be visited by his children, grandchildren, and his sister's family for many years to come. Arnold was a wonderful husband, father, and grandpa who will have his place in our hearts forever. He was preceeded in death by his mother, father, and grandson Bradley. He is survived by his sister Marillyn Smith (Don); his five children and their spouses: Steve (Connie), Jerry (Jeannine), Karen Lutz, Mark (Pam), Sandra Cashen (Chris); seven grandchildren: Jason (Kaitlin), Annie Wolfe (Ryan), Matthew Johnson, Betsy Kristin (Ryan), Andrew Lutz, Eric Johnson, and Alexa Cashen; and his nieces, nephews, great nieces and great nephews. He was soon to be a great grandfather with two great grandchildren due in 2011. A Celebration of Life will be held on January 22, 2011 at 1:00 pm at the Keizer Renaissance Hotel. In lieu of flowers, the family suggests contributions to Willamette Valley Hospice or the Alzheimer's Association, Oregon Chapter. www.keizerchapel.com

Arnold Andrew Johnson was born to Carl and Anna Johnson on October 14, 1930. He and his younger sister Marillyn were raised on three acres in Multnomah, Oregon when it was still a small rural town outside Portland. His love of horses came... View Obituary & Service Information

The family of Arnold Andrew Johnson created this Life Tributes page to make it easy to share your memories.

Arnold Andrew Johnson was born to Carl and Anna Johnson on October...

Send flowers to the Johnson family.