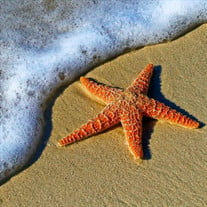 Anita Michelle Harrington was born on March 3, 1973 to David and Elizabeth Buitron in Klamath Falls, Oregon and left us to go to Heaven on July 29th, 2021, after a courageous battle with Multiple Myeloma cancer. At just 6 weeks old, she got her first taste of the travel bug when she flew to Sevilla, Spain where her father was stationed in the US Air Force. In 1980, her family moved back to Klamath Falls, Oregon, where she grew up. She graduated from Mazama High School in 1992 and then went on to Western Oregon University where she graduated in 1996 with a bachelor’s degree in Psychology. After dating since they were in the 8th grade, Anita & the love of her life, Gene Harrington Jr., were married in 1994 and celebrated their 27th wedding anniversary this year. After college Anita and Gene returned to Klamath Falls and she began her career as an Early Intervention Specialist. She spent their early years in marriage traveling to pow wows and becoming the greatest Aunt she could be; a job she took tremendous pride in. In 2003 it was her turn to be a mom and she welcomed her miracle baby, Geno. In 2005 she moved to Keizer where she started her career with the State of Oregon. She spent many years working as Disability Analyst, where she took great pride in her job and loved the people she worked with. She spent all her recent years doting on her son and nieces and nephews. She loved game nights, family dinners, and was an avid sports fan. You could always find her cuddling with her dogs, and watching whatever sport program was on TV, especially when her beloved Yankees, Lakers, or Raiders were playing. Anita and Geno had the greatest friendship and truly enjoyed spending their time together. Her greatest accomplishment was watching him graduate this June and be accepted to several colleges. She is survived by her husband, Gene Harrington Jr., son, Geno Harrington, Parents David and Elizabeth Buitron, and mother-in-law Marcella Harrington. Sisters Marisa (Ryan Wyckoff), Laura (Jerry Palomo), special cousin Lela (Ricky Tavera) and all her nieces and nephews who she affectionately called “her babies;” Isaiah, Ahnna, Juana, Alivia, Maciel, Gracie and baby RJ. A memorial service will be held on Saturday, August 7th at 2:00pm at Keizer Funeral Chapel with a Celebration of Life immediately following at Country Glen Park in Keizer.

Anita Michelle Harrington was born on March 3, 1973 to David and Elizabeth Buitron in Klamath Falls, Oregon and left us to go to Heaven on July 29th, 2021, after a courageous battle with Multiple Myeloma cancer. At just 6 weeks old, she got... View Obituary & Service Information

The family of Anita Michelle Harrington created this Life Tributes page to make it easy to share your memories.

Send flowers to the Harrington family.